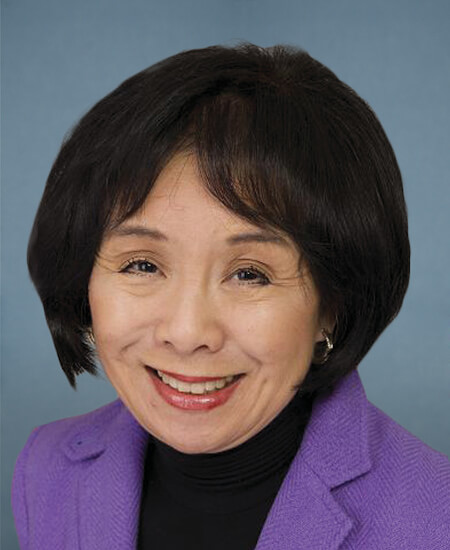 Doris Matsui (wife of Robert Matsui) is a Representative from California. Born in Poston, AZ, in 1944, she earned her B.A. from the University of California. She served on staff for President Bill Clinton's administration from 1993-1998 and was elected to the 109th Congress by special election to fill the vacancy caused by the death of her husband, United States Representative Robert Matsui, and reelected to the five succeeding Congresses (March 8, 2005-present).

Let your Member know how you feel about her votes. Here are the best ways to contact Representative Matsui’s Congressional office: