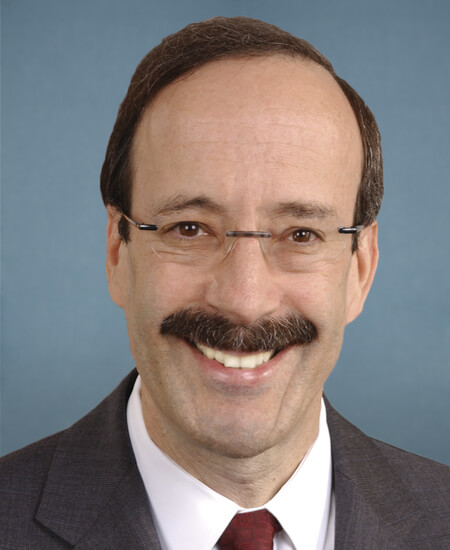 Eliot Lance Engel is a Representative from New York. Born in New York, N.Y. in 1947, he received his B.A. from Hunter-Lehman College, City University of New York in 1969, his M.A. from Herbert H. Lehman College, City University of New York in 1973, and his J.D. from New York Law School in 1987. He was a teacher and a member of the New York state assembly from 1977-1988 before being elected as a Democrat to the 101st and to the fourteen succeeding Congresses (January 3,1989-present).

Let your Member know how you feel about his votes. Here are the best ways to contact Representative Engel’s Congressional office: