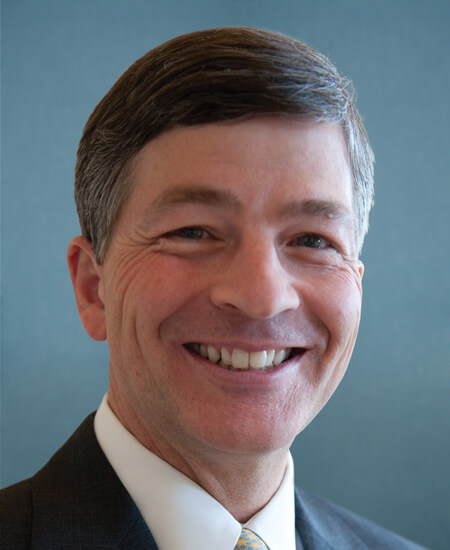 Jeb Hensarling is a Representative from Texas. Born in Stephenville, Texas in 1957, he earned his B.A. from Texas A&M University in 1979 and his J.D. from the University of Texas in 1982. He was a private practice lawyer, was staff for United States Senator Phil Gramm of Texas from 1985-1989, and was a business executive. He was elected as a Republican to the 108th and to the seven succeeding Congresses (January 3, 2003-present).

He was chair of the House Republican Conference (112th Congress). He was also chair of the Committee on Financial Services (113th, 114th, and 115th Congresses).

Let your Member know how you feel about his votes. Here are the best ways to contact Representative Hensarling’s Congressional office: