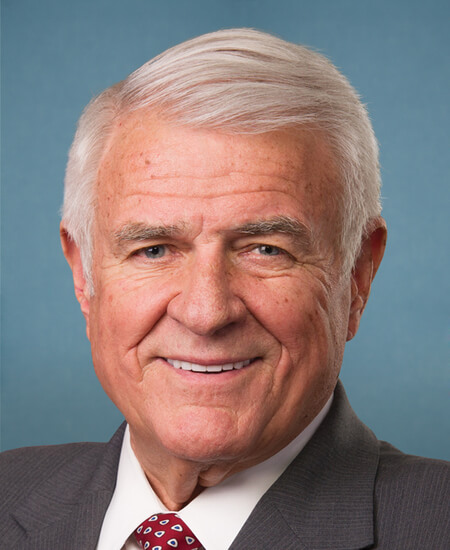 John R. Carter is a Representative from Texas. Born in Houston in 1941, he earned his B.A. from Texas Tech University in 1964 and his J.D. from University of Texas Law School in 1969. He was a private practice lawyer and judge for the District Court of Williamson County, Tex. from 1981-2001. He was elected as a Republican to the 108th and to the seven succeeding Congresses (January 3, 2003-present).