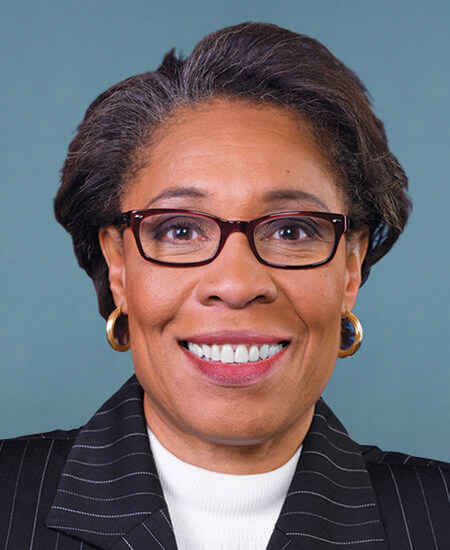 Marcia L. Fudge is a Representative from Ohio. Born in Cleveland, Ohio in 1952, she earned her B.S. from the Ohio State University in 1975 and her J.D. from Cleveland Marshall College of Law at Cleveland State University in 1983. She was a private practice lawyer, the director of Cuyahoga County, Ohio prosecutor’s office, the budget commission, and personal property tax department. She also served as staff for United States Representative Stephanie Tubbs Jones of Ohio from 1999-2000 and as the mayor of Warrensville Heights, Ohio from 2000-2008. She was elected as a Democrat to the 110th Congress, by special election, to fill the vacancy caused by the death of United States Representative Stephanie Tubbs Jones, and reelected to the five succeeding Congresses (November 18, 2008-present).

Let your Member know how you feel about her votes. Here are the best ways to contact Representative Fudge’s Congressional office: