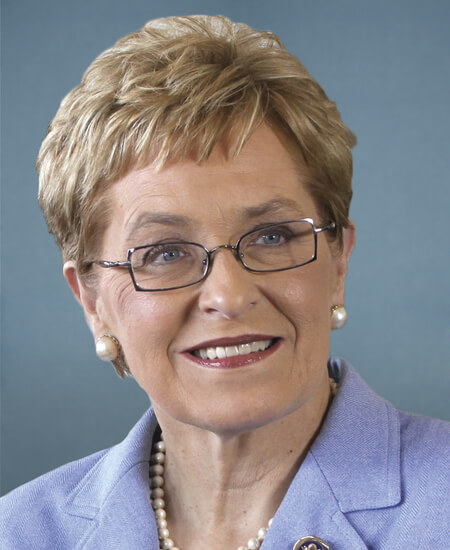 Marcia Carolyn (Marcy) Kaptur is a Representative from Ohio. Born in Toledo, Ohio in 1946, she earned her B.A. from the University of Wisconsin in 1968, her M.A. from the University of Michigan in 1974, attended the University of Manchester in 1974 and studied at the Massachusetts Institute of Technology in 1981. She was an urban planner for the Toledo-Lucas County, Ohio Plan Commissions from 1969-1975, the director of planning for the National Center for Urban Ethnic Affairs from 1975-1977, and the assistant director for urban affairs, domestic policy staff for the Executive Office of the President from 1977-1979. She was elected as a Democrat to the 98th and to the seventeen succeeding Congresses (January 3, 1983-present).

Let your Member know how you feel about her votes. Here are the best ways to contact Representative Kaptur’s Congressional office: