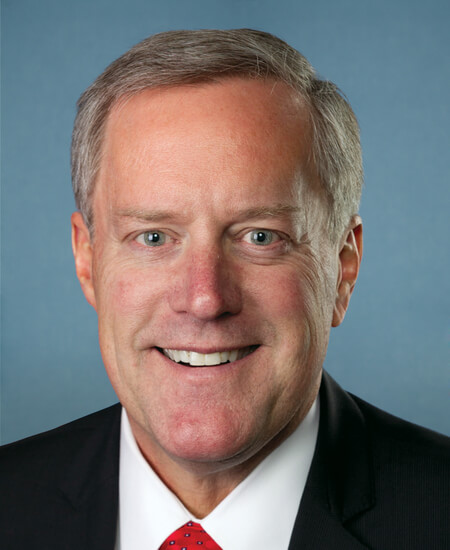 Mark Meadows is a Representative from North Carolina. Born in Verdun, France in 1959, he attended Florida State University and earned his B.A. from the University of South Florida. He served as a public relations director and business owner before being elected as a Republican to the 113th and to the succeeding Congresses (January 3, 2013-present). He was selected chair of the House Freedom Caucus in 2017, and he is considered a close ally of President Donald Trump in Congress. You can track Mark Meadows' spending at SpendingTracker.org

Let your Member know how you feel about his votes. Here are the best ways to contact Representative Meadows’s Congressional office: