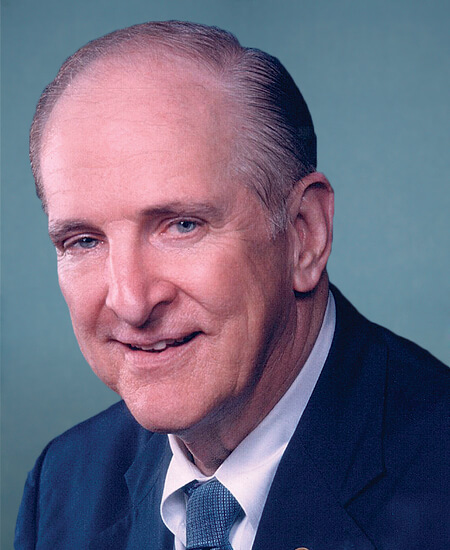 Sam Johnson is a Representative from Texas. Born in San Antonio, Texas in 1930, he earned his B.B.A. from Southern Methodist University in 1951 and his M.S.I.A. from George Washington University in 1974. He served in the United States Air Force from 1950-1979 and was a prisoner of war during the Vietnam War from 1966-1973. He is a decorated combat veteran who received two Silver Stars, two Legions of Merit, the Distinguished Flying Cross, one Bronze Star with Valor, two Purple Hearts, four Air Medals, and three outstanding unit awards. He was a member of the Texas state house of representatives from 1985-1991 and was elected as a Republican to the 102nd Congress, by special election, to fill the vacancy caused by the resignation of United States Representative Steve Bartlett, and reelected to the 103rd and to the twelve succeeding Congresses (May 8, 1991-present).