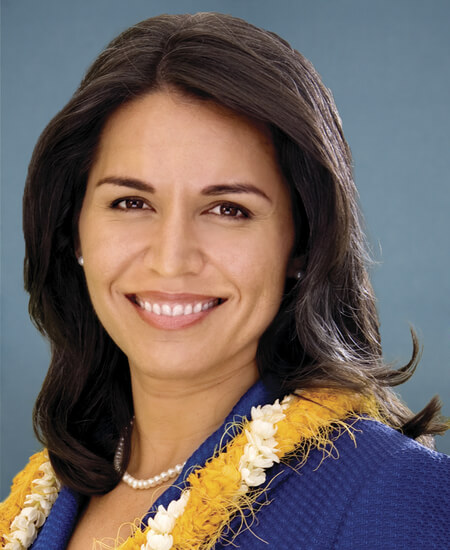 Tulsi Gabbard is a Representative from Hawaii. She was born in Leloaloa, American Samoa on April 12, 1981. She received her B.S.B.A. from Hawaii Pacific University in 2009.

She was elected as a member of the Hawaii state house of representatives from 2002-2004, and has been in the Hawaii Army National Guard since 2003.

She served as a staffer for Senator Daniel Akaka of Hawaii, and was a member of the Honolulu, Hawaii city council from 2010-2012.

She was elected as a Democrat to the One
Hundred Thirteenth and to the succeeding Congress (January 3, 2013-present).

Let your Member know how you feel about her votes. Here are the best ways to contact Representative Gabbard’s Congressional office: