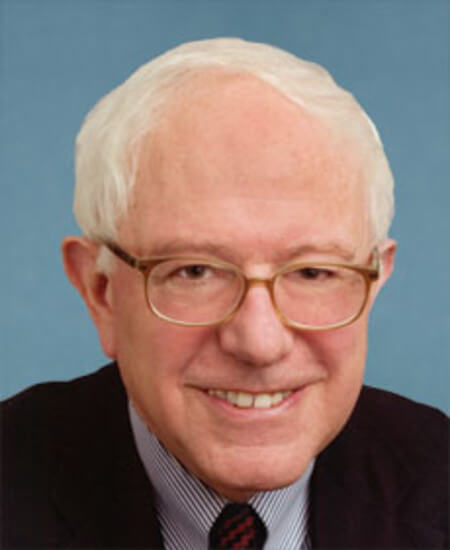 Bernard Sanders is a Senator from Vermont. Born in Brooklyn, NY, in 1941, he earned his B.S. from the University of Chicago in 1964. He served on faculty at Harvard University in 1989 and at Hamilton College in 1990. He has been a carpenter, journalist, and unsuccessful independent candidate for the United States Senate in 1972 and 1974. He also ran unsuccessfully as an independent candidate for governor of Vermont in 1972, 1976, and 1986.

Let your Member know how you feel about his votes. Here are the best ways to contact Senator Sanders’s Senate office: