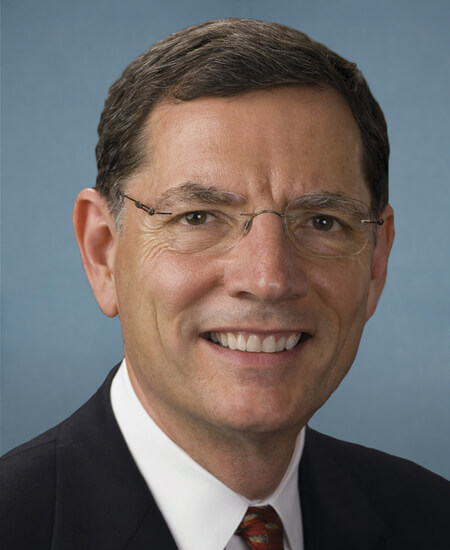 John A. Barrasso is a Senator from Wyoming. Born in 1952 in Reading, PA, he graduated Georgetown University with a B.S. in 1974 and Georgetown University School of Medicine with his M.D. in 1978. He did his residency at Yale Medical School and worked as an orthopedic surgeon in private practice. He was chief of staff of the Wyoming Medical Center, and served in the Wyoming State senate from 2002-2007. He was appointed to the United States Senate in 2007 to fill the vacancy caused by the death of Craig L. Thomas. He was susequently elected in 2008 in a special election. He has been vice-chair of the Republican Conference (2010-2012); chair of the Republican Policy Committee (2012-present); and chair of the Committee on Indian Affairs (114th Congress).

Let your Member know how you feel about his votes. Here are the best ways to contact Senator Barrasso’s Senate office: