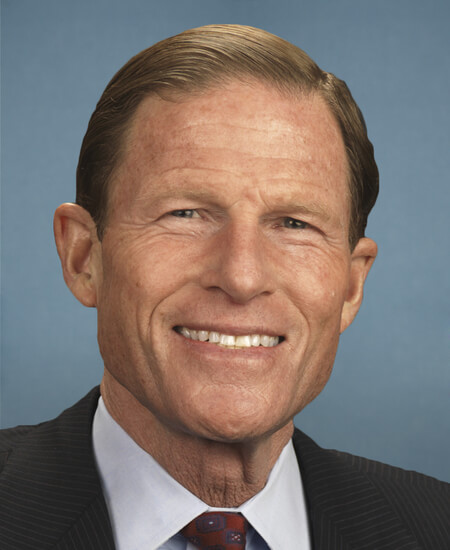 Ricahrd Blumenthal is a Senator from Connecticut. Born in Brooklyn, NY, in 1946, he earned his B.A. from Harvard University in 1967; attended Cambridge University from 1967-1968; and earned his J.D. from Yale University in 1973. He was editor-in-chief of the Yale Law Journal; served in the United States Marine Corps Reserves from 1970-1976; as a White House aide from 1969-1970; and as a law clerk to United States Supreme Court Justice Harry A. Blackmun from 1974-1975. He was an administrative assistant to Senator Abraham Ribicoff from 1975-1976, the United States Attorney for Connecticut from 1977-1981, a member of the Connecticut state house of representatives from 1984-1987; a member of the Connecticut state senate 1987-1990; and attorney general of Connecticut from 1991-2010. He was elected as a Democrat to the United States Senate in 2010.

Let your Member know how you feel about his votes. Here are the best ways to contact Senator Blumenthal’s Senate office: