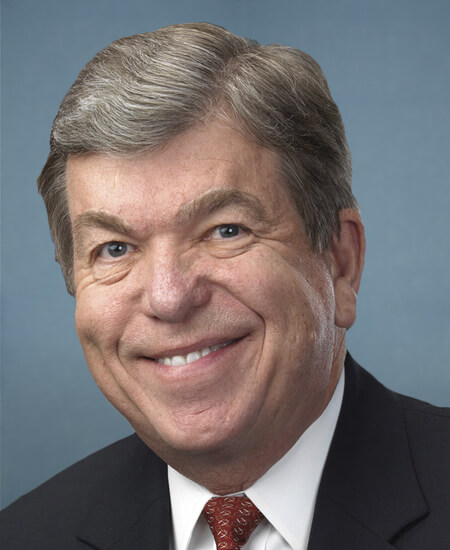 Roy Blunt is a Senator from Missouri. Born in Niangua, MO, in 1950, he graduated Southwest Baptist University with his B.A. in 1970 and from Missouri State University with his M.A. in 1972. He was a high school history teacher; clerk and chief election officer, Greene County, MO, 1973-1984; Missouri state secretary of state, 1984-1993; and president, Southwest Baptist University, 1993-1996. He was elected to the 105th and to the six succeeding Congresses (January 3, 1997-January 3, 2011) and served as majority whip (108th through 109th Congresses); acting majority leader (109th Congress); minority whip (110th Congress). He was elected to the United States Senate in 2010. He has served as vice-chair for the Republican Conference (2012-present); and chair, Committee on Rules and Administration (114th Congress).

Let your Member know how you feel about his votes. Here are the best ways to contact Senator Blunt’s Senate office: