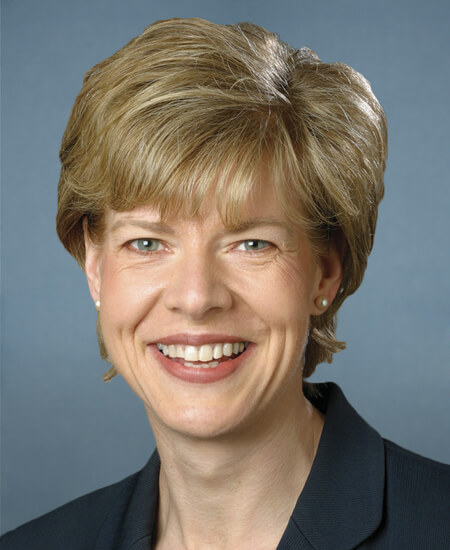 Tammy Baldwin is a Senator from Wisconsin. Born in Madison, WI, in 1962, she earned her A.B. from Smith College in 1984 and her J.D. from the University of Wisconsin Law School in 1989. She was a private practice lawyer as well as serving on the Dane County, WI, board of supervisors from 1986-1994. She was a member of the Wisconsin state assembly from 1993-1999 and elected to the 106th and to the six succeeding Congresses. She was elected to the United States Senate in 2012.

Let your Member know how you feel about her votes. Here are the best ways to contact Senator Baldwin’s Senate office: