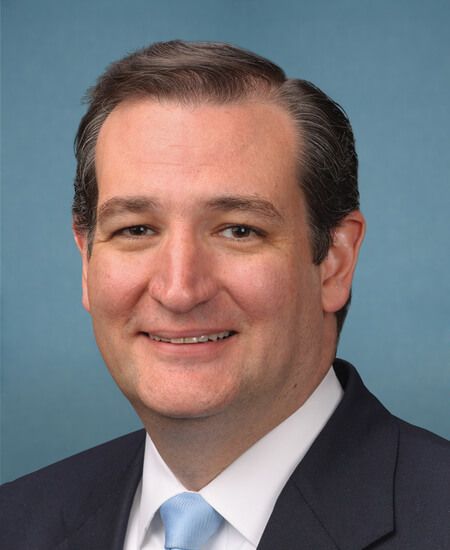 Rafael Edward (Ted) Cruz is a Senator from Texas. Born in Calgary, Canada, in 1970 , he earned his B.A. from Princeton University in 1992 and his J.D. from Harvard University in 1995. He was law clerk to Chief Justice of the United States William Rehnquist and associate deputy attorney general in the U.S. Department of Justice. He was also director of the Office of Policy Planning, Federal Trade Commission; and solicitor general of Texas from 2003-2008.

He was elected to the United States Senate in 2012 after a Tea Party-supported primary campaign against David Dewhurst. In 2016, he was the last Republican candidate to concede to eventual nominee Donald Trump.

You can learn more about Senator Ted Cruz's votes on spending and budgets at SpendingTracker.org

Let your Member know how you feel about his votes. Here are the best ways to contact Senator Cruz’s Senate office: