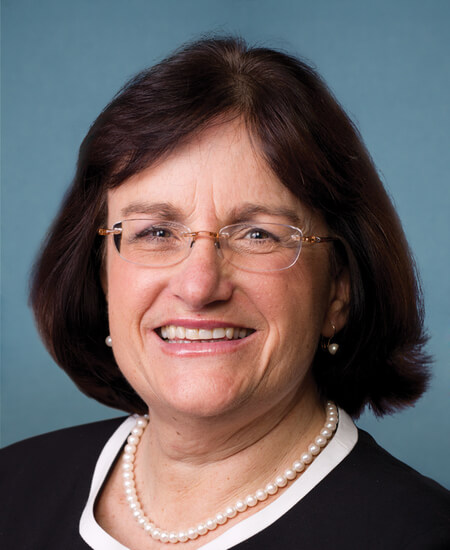 Ann McLane Kuster is a Representative from New Hampshire. She was born in Concord, N.H. on September 5, 1956.

She received her B.A. from Dartmouth College in 1978, and her J.D. from Georgetown University Law Center in 1984. She worked on the staff of United States Representative Paul Norton (Pete) McCloskey, Jr., of California from 1978-1981;

She was an unsuccessful candidate for election to the United States House of Representatives in 2010, but was elected as a Democrat to the One Hundred Thirteenth and to the two succeeding Congresses (January 3, 2013-present).

Let your Member know how you feel about her votes. Here are the best ways to contact Representative Kuster’s Congressional office: