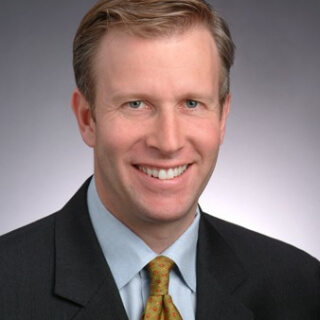 Chris Jacobs is a Representative from New York, born in Buffalo, NY on November 28, 1966. He graduated from Canisius High School in Buffalo in 1985 before earning his B.S. from Boston College and JD from the State University of New York at Buffalo. He earned his MBA from American University and then served on the staff of the U.S. Department of Housing and Urban Development. A businessman, he was a member of the Buffalo Board of Education from 2004–2011, served as New York secretary of state from 2006–2007, and Erie County clerk from 2012–2017. A New York state senator from 2017–2020, he was elected as a Republican to the 116th Congress by special election to fill the vacancy caused by the resignation of U.S. Rep. Chris Collins. He assumed office on July 21, 2020.

Let your Member know how you feel about his votes. Here are the best ways to contact Representative Jacobs’s Congressional office: