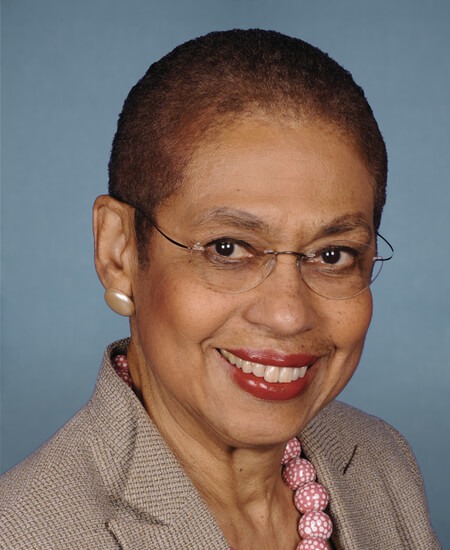 She was a private practice lawyer and worked as a law clerk to Federal District Court Judge A. Leon Higginbotham, 3rd Circuit, from 1964-1965. She was also assistant legal director for the American Civil Liberties Union from 1965-1970.

She worked as an adjunct assistant professor at New York University Law School from 1970-1971 and served on staff for New York City Mayor John Lindsay from 1971-1974. She chaired the New York City commission on human rights from 1970-1977 and the United States Equal Employment Opportunity Commission from 1977-1981. She was a senior fellow at the Urban Institute from 1981-1982 and a professor at Georgetown University Law Center from 1982-1990.

She was elected to the 102nd and to the twelve succeeding Congresses (January 3, 1991-present).

Let your Member know how you feel about her votes. Here are the best ways to contact Representative Norton’s Congressional office: