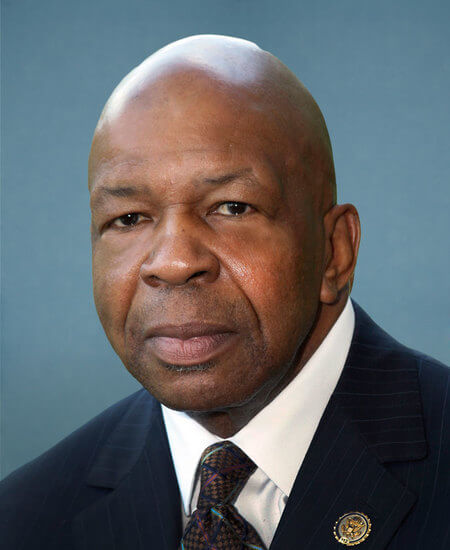 Elijah Eugene Cummings is a Representative from Maryland. He was born in Baltimore, Maryland on January 18, 1951.

He recieved his B.S. from Howard University in 1973, and his J.D. from the University of Maryland School of Law in 1976.

He has worked as a lawyer, and was chief judge of the Maryland Moot Court Board. He was a member of the Maryland state house of delegates from 1983-1996, and was speaker pro tempore from 1995-1996.

He was elected as a Democrat to the 104th Congress, by special election, to fill the vacancy caused by the resignation of U.S. Representative Kweisi Mfume, and reelected to the twelve succeeding Congresses (April 16, 1996-October 17, 2019) until his death. In the 116th Congress he served as chair of the Committee on Oversight and Reform.

Let your Member know how you feel about his votes. Here are the best ways to contact Representative Cummings’s Congressional office: