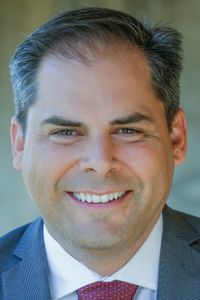 Mike Garcia is a Representative from California. Born in Granada Hills, CA in 1976, he graduated from Saugus High School in Santa Clarita in 1994 before earning his B.S. from the U.S. Naval Academy in Annapolis in 1998. He holds a M.A. from Georgetown University, and served in the U.S. Navy from 1999-2009 and the Navy Reserve from 2009-2012 A business executive and real estate developer, he was elected as a Republican to the 116th Congress by special election, to fill the vacancy caused by the resignation of Rep. Katie Hill (May 12, 2020-present).

Let your Member know how you feel about his votes. Here are the best ways to contact Representative Garcia’s Congressional office: