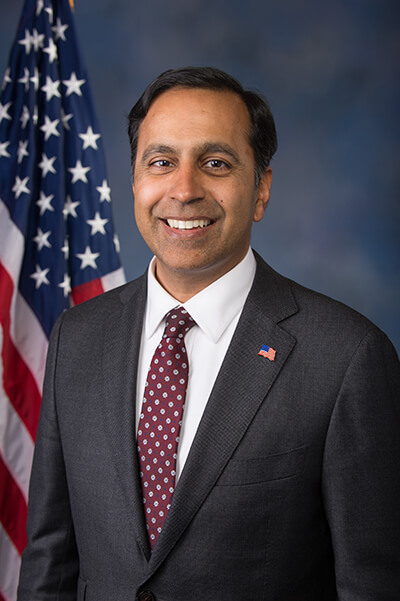 Raja Krishnamoorthi is a Representative from Illinois. Born in New Delhi, India in 1973, he earned his B.A. from Princeton University in 1995 and his J.D. from Harvard Law School in 2000. He worked as a private practice lawyer and a business executive. In addition, he served as a clerk for the United States District Court for Northern District of Illinois from 2000-2002, as campaign staff for Barack Obama from 2004, 2008, on staff for Illinois housing development authority from 2005-2007, Illinois special assistant attorney general from 2006-2007, deputy state treasurer of Illinois from 2008-2009, an unsuccessful candidate for Illinois state comptroller in 2010 and an unsuccessful candidate for nomination to the 113th Congress in 2012. He was elected as a Democrat to the 115th Congress (January 3, 2017-present).

Let your Member know how you feel about his votes. Here are the best ways to contact Representative Krishnamoorthi’s Congressional office: