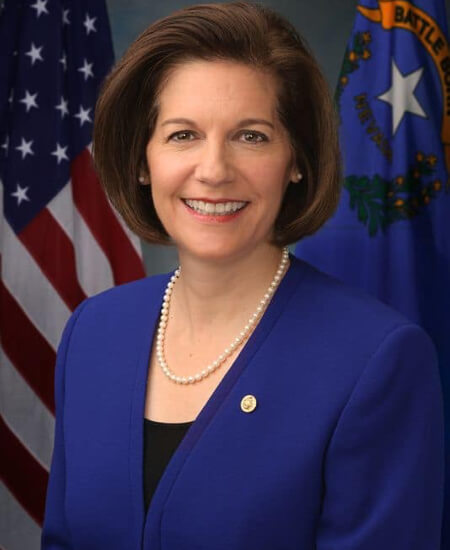 Catherine Marie Cortez Masto is a Senator from Nevada. Born in Las Vegas, Nevada in 1964, she earned her B.A. from the University of Nevada in 1986 and her J.D. from Gonzaga University School of Law in 1990. She was admitted to the Nevada bar in 1990. In addition, she served as an assistant county manager for Clark County, Nevada, as the chief of staff to Nevada governor Bob Miller, a federal prosecutor, the attorney general of Nevada from 2007-2015 and an executive vice chancellor for the Nevada System of Higher Education. She was elected as a Democrat to the United States Senate in 2016 for the term ending January 3, 2023.

Let your Member know how you feel about her votes. Here are the best ways to contact Senator Cortez Masto’s Senate office: