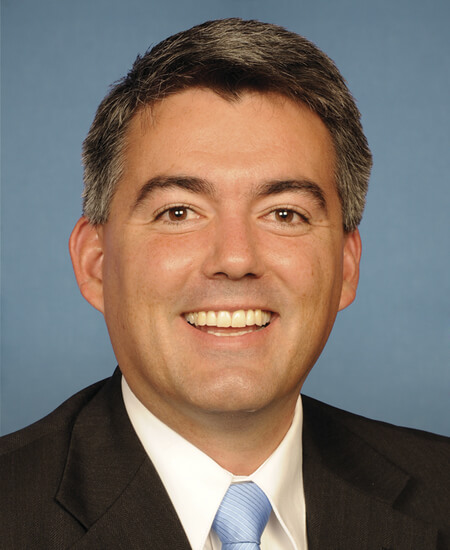 Cory Gardner is a Senator from Colorado. Born in Yuma, CO, in 1974, he graduated from Yuma High School in 1993 and earned his B.A. from Colorado State University in 1997; and his J.D. from the University of Colorado, Boulder, in 2001. He has served as an agricultural advocate and staff to United States Senator Wayne Allard of Colorado from 2002-2005; a member of the Colorado state house of representatives from 2005-2010; and was elected as a Republican to the 112th and succeeding Congress (January 3, 2011-January 3, 2015); In 2014, he was elected to the United States Senate.

Let your Member know how you feel about his votes. Here are the best ways to contact Senator Gardner’s Senate office: