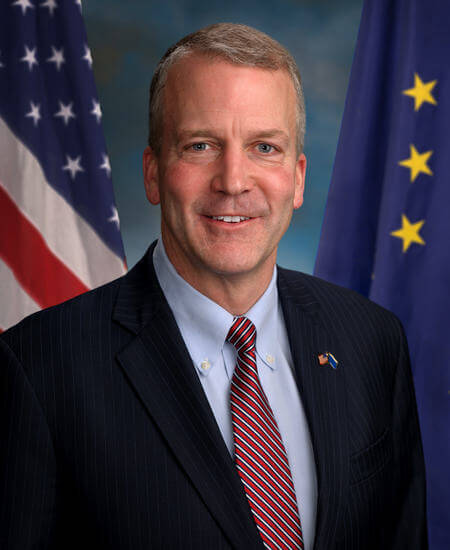 Daniel Scott Sullivan is a Senator from Alaska. Born in Fairview Park, OH, in 1964; he graduated Culver Military Academy in 1983. He earned his B.A. from Harvard University in 1987, and his M.F.S. and J.D. from Georgetown University in 1993. He served in the United States Marine Corps from 1993-1997, and the United States Marine Corps Reserves from 1997-present, attaining the rank of lieutenant colonel. He also served as a White House aide and director on the National Security Council staff during the George W. Bush administration. He was assistant U.S. secretary of state for economic, energy and business affairs from 2006-2009; attorney general of Alaska from 2009-2010; and commissioner of Alaska Department of Natural Resources from 2010-2013. He was elected as a Republican to the United States Senate in 2014.

Let your Member know how you feel about his votes. Here are the best ways to contact Senator Sullivan’s Senate office: