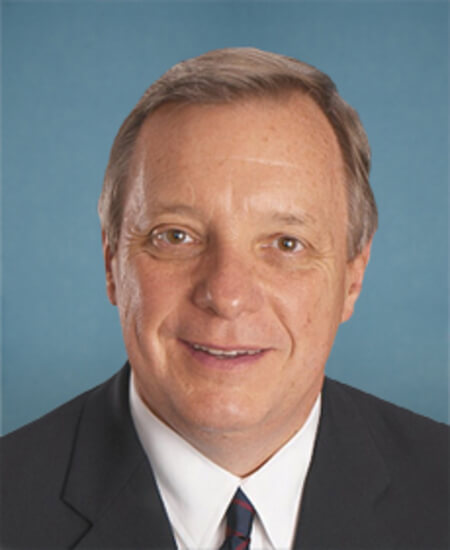 Richard Joseph "Dick" Durbin is a Senator from Illinois. Born in East St. Louis, IL, in 1944, he graduated from Assumption High School in 1962 before earning his B.S. from Georgetown University School of Foreign Service in 1966. He was an intern in the office of Illinois Senator Paul Douglas during his senior year in college, and earned his J.D. from Georgetown University Law Center in 1969.

He served as legal counsel to Illinois Lieutenant Governor Paul Simon from 1969-1972, and as legal counsel to the Illinois State senate judiciary committee from 1972-1982. In 1978, he was the Democratic nominee for Lieutenant Governor of Illinois. He was an associate professor at Southern Illinois University School of Medicine and a delegate to the Democratic National Conventions in 1984, 1988, 1992, and 1996.

He was elected to the 98th and to the six succeeding Congresses (January 3, 1983-January 2, 1997) and elected to the United States Senate in 1996. You can track Dick Durbin's spending on SpendingTracker.org

Let your Member know how you feel about his votes. Here are the best ways to contact Senator Durbin’s Senate office: