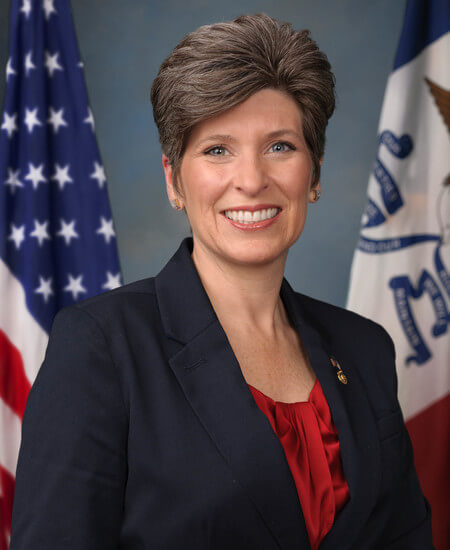 Joni Ernst is a Senator from Iowa. Born in Red Oak, IA, in 1970, she earned her B.A. from Iowa State University in 1992 and her M.P.A. from Columbus College (now Columbus State University) in 1995. She served in the United States Army Reserves from 1993-2001 and in the Iowa Army National Guard from 2001-present, attaining the rank of lieutenant colonel. She was auditor of Montgomery County, Iowa from 2005-2011 and a member of the Iowa state senate from 2011-2014. She was elected to the United States Senate in 2014.

Let your Member know how you feel about her votes. Here are the best ways to contact Senator Ernst’s Senate office: