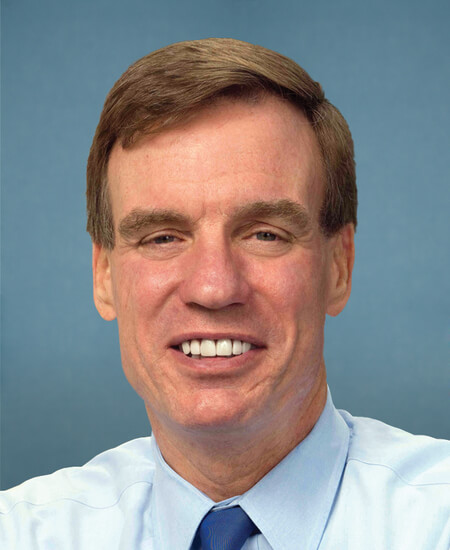 Mark Warner is a Senator from Virginia. Born in Indianapolis, IN, in 1954, he earned his B.A. from George Washington University in 1977 and his J.D. from Harvard Law School in 1980. He worked on the staff of Senator Christopher Dodd. He co-founded the company that became Nextel. He was the Virginia Democratic Party chairman from 1993-1995 and ran unsuccessfully for the United States Senate in 1996. He served as governor of Virginia from 2002-2006 and chairman of the National Governors Association from 2004-2005. He was elected to the United States Senate in 2008. You can learn more about and track Senator Mark Warner's spending on SpendingTracker.org.

Let your Member know how you feel about his votes. Here are the best ways to contact Senator Warner’s Senate office: