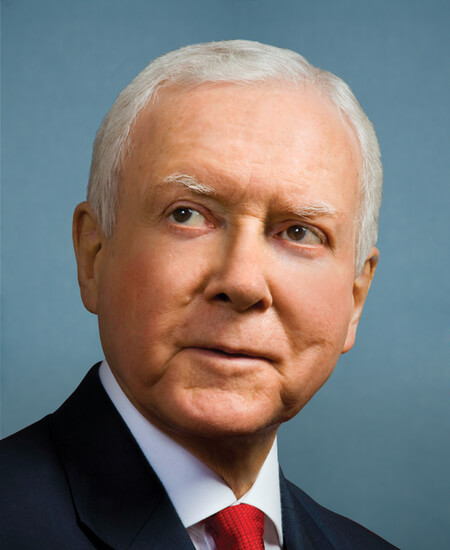 Orrin Grant Hatch is a Senator from Utah. Born in Homestead Park, PA, in 1934, he graduated Brigham Young University in 1959 and the University of Pittsburgh Law School in 1962. He was admitted to the Pennsylvania bar in 1963 and commenced practice in Pittsburgh. In 1969, he moved to Utah and continued practicing law. He was elected to the United States Senate in 1976. He serves as president pro tempore (2015-) and chaired the Committee on Labor and Human Resources (997th to 99th Congresses) as well as the Committee on the Judiciary (104th to 106th Congresses; 107th, 108th Congress) and the Committee on Finance (114th Congress).

Let your Member know how you feel about his votes. Here are the best ways to contact Senator Hatch’s Senate office: