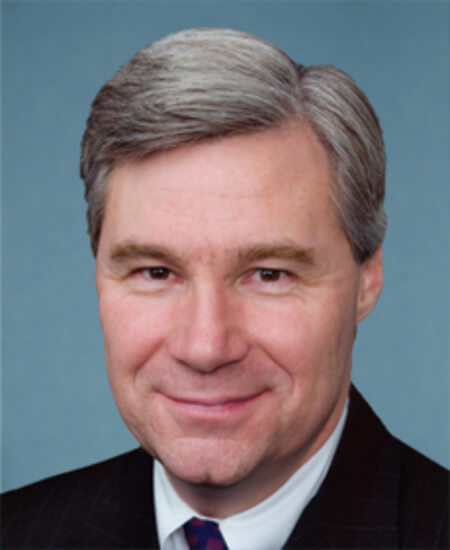 Sheldon Whitehouse is a Senator from Rhode Island. Born in Manhattan, NY, in 1955, he graduated Yale University in 1978 and earned his J.D. from the University of Virginia in 1982. He served as director of the Rhode Island Department of Business Regulation from 1992-1994, United States attorney from 1994-1998, and Rhode Island State attorney general from 1999-2003. He ran unsuccessfully for governor in 2002 and in 2006 was elected to the United States Senate.

Let your Member know how you feel about his votes. Here are the best ways to contact Senator Whitehouse’s Senate office: