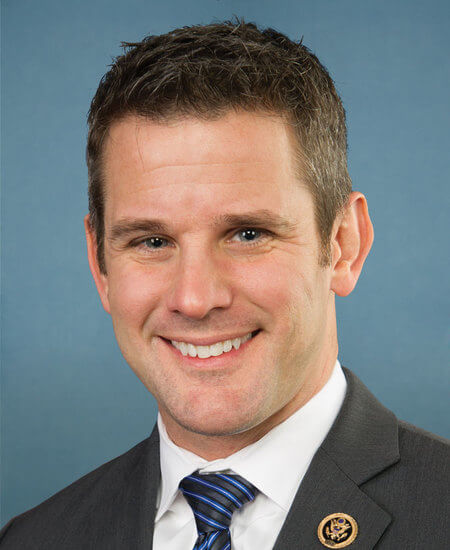 Adam Kinzinger is a Representative from Illinois. He was born in Kankakee, Illinois on February 27, 1978.

He received his B.A. from Illinois State University in 2000, and afterwards became a sales representative. He joined the United States Air Force/Illinois Air National Guard in 2003, and was a member of the McLean County board from 1998-2003.

Let your Member know how you feel about his votes. Here are the best ways to contact Representative Kinzinger’s Congressional office: