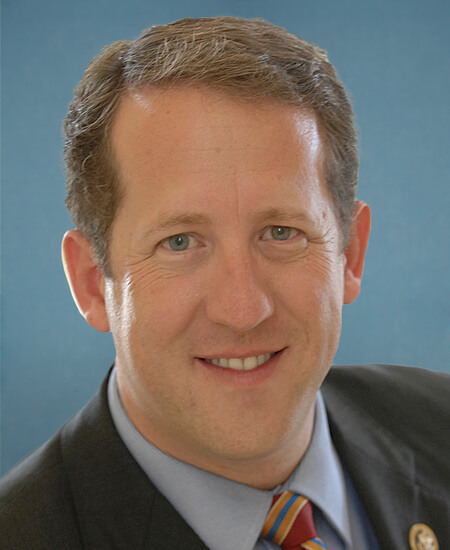 Adrian Smith is a Representative from Nebraska. He was born in Scottsbluff, Nebraska on December 19, 1970.

He attended Liberty University from 1989-1990, and received his B.S. from the University of Nebraska in 1993. He worked as a business owner, teacher, and was a member of the Gering, Nebraska city council from 1994-1998.

He was a member of the Nebraska state legislature from 1999-2007 before being elected as a Republican to the One Hundred Tenth and to the five succeeding Congresses (January 3, 2007-present).