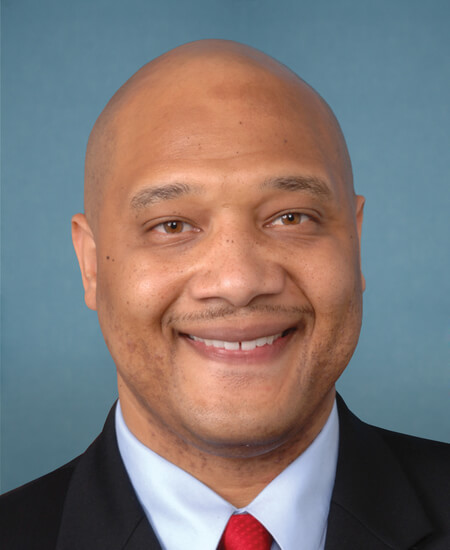 André Carson (grandson of Julia Carson) is a Representative from Indiana. He was born in Indianapolis, Indiana on October 16, 1974.

He received his B.A. from Concordia University in 2003, and his M.S. from Indiana Wesleyan University in 2005. Afterwards he worked as a marketing representative, state alcohol license compliance officer, until serving as a member of the Indianapolis/Marion City-County council from 2007-2008.

He was elected as a Democrat to the One Hundred Tenth Congress, by special election, to fill the vacancy caused by the death of United States Representative Julia Carson, and reelected to the five succeeding Congresses (March 11, 2008-present).

Let your Member know how you feel about his votes. Here are the best ways to contact Representative Carson’s Congressional office: