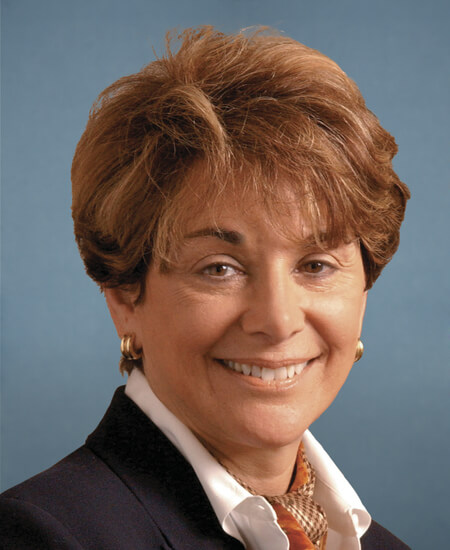 Anna Georges Eshoo is a Representative from California. Born in New Britain, CT, in 1942, she earned her A.A. from Canada College in 1975. She was the Democratic National Committeewoman from California from 1980-1992 and served on staff for the speaker pro tempore of the California state assembly from 1981-1982. She was a member of the San Mateo County, CA, board of supervisors from 1983-1992; president, San Mateo County board of supervisors in 1986; a member, California Democratic State Central Executive Committee; and a member of the Democratic National Commission on Presidential Nominations in 1982. She ran unsuccessfully for election to the United States House of Representatives in 1988 and was elected to the
103rd and to the eleven succeeding Congresses (January 3, 1993-present).

Let your Member know how you feel about her votes. Here are the best ways to contact Representative Eshoo’s Congressional office: