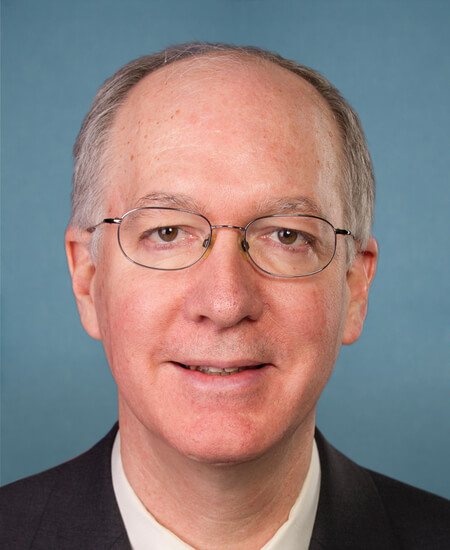 Bill Foster is a Representative from Illinois. He born in Madison, Wisconsin on October 7, 1955.

He received his B. A. from the University of Wisconsin-Madison in 1975 and his Ph. D. from Harvard University in 1984.

He's worked as a physicist, entrepreneur, and board member at the Batavia Foundation for Educational Excellence.

He was elected as a Democrat to the One Hundred Tenth Congress, by special election, to fill the vacancy caused by the resignation of United States Representative John Dennis Hastert and reelected to the succeeding Congress (March 8, 2008-January 3, 2011) and was an unsuccessful candidate for reelection to the One Hundred Twelfth Congress in
2010.

He was elected as a Democrat to the One Hundred Thirteenth and to the succeeding three Congresses (January 3, 2013-present).

Let your Member know how you feel about his votes. Here are the best ways to contact Representative Foster’s Congressional office: