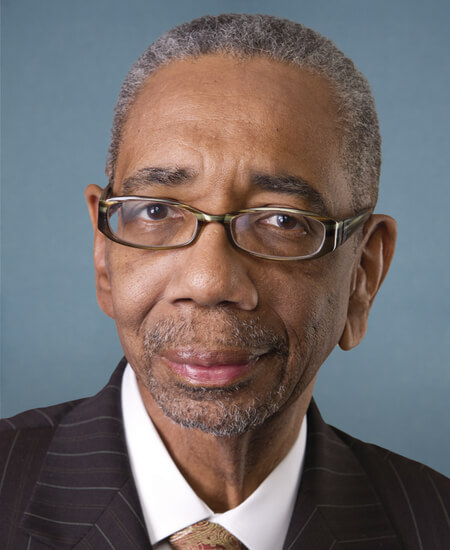 Bobby L. Rush is a Representative from Illinois. He was born in Albany, Georgia on November 23, 1946.

He received his B.A. from Roosevelt University in 1974, and his M.A. from the University of Illinois in 1994. He also received an M.A. from McCormick Theological Seminary in 1998.

He served in the United States Army from 1963-1968, and worked as an insurance agent. He served as an Alderman in Chicago from 1983-1993, and as deputy chairman of the Illinois Democratic Party in 1990.

He was an unsuccessful candidate for mayor of Chicago in 1999, and was elected as a Democrat to the One Hundred Third and to the twelve succeeding Congresses (January 3, 1993-present).

Let your Member know how you feel about his votes. Here are the best ways to contact Representative Rush’s Congressional office: