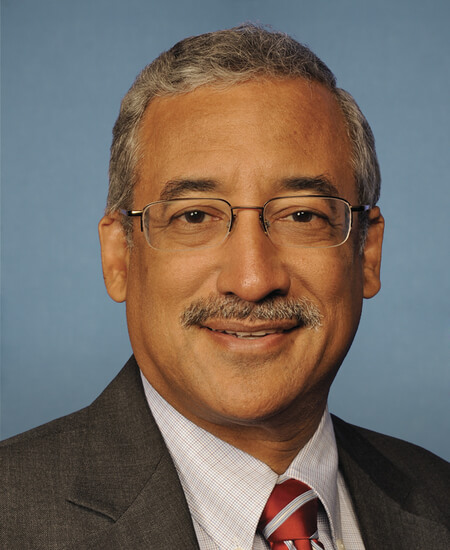 Robert C. Scott is a Representative from Virginia. Born in Washington, D.C. in 1947, he earned his A.B. from Harvard University in 1969 and his J.D. from Boston College School of Law in 1973. He worked as a private practice lawyer, served in the United States Army Reserve from 1970-1974 and the Massachusetts Army National Guard from 1974-1976. Additionally, he was a member of the Virginia state house of delegates from 1978-1983, a member of the Virginia state senate from 1983-1993 and was an unsuccessful candidate for election to the United States House of Representatives in 1986. He was elected as a Democrat to the 103rd and to the twelve succeeding Congresses (January 3, 1993-present).