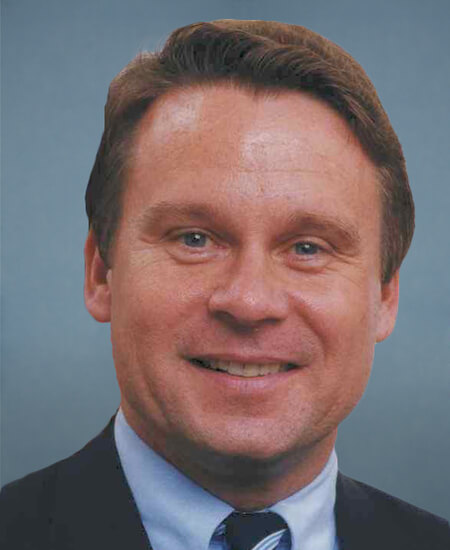 Christopher Henry Smith is a Representative from New Jersey. He was born in Rahway, N.J. on March 4, 1953.

He received his B.S. from Trenton State College in 1975. Afterwards he worked as a businessman for a family sporting goods company.

He was a legislative agent for New Jersey state legislature in 1979, before being elected as a Republican to the Ninety-seventh and to the eighteen succeeding Congresses (January 3, 1981-present);

He chaired the Committee on Veterans Affairs from the One Hundred Seventh through One Hundred Eighth Congresses.