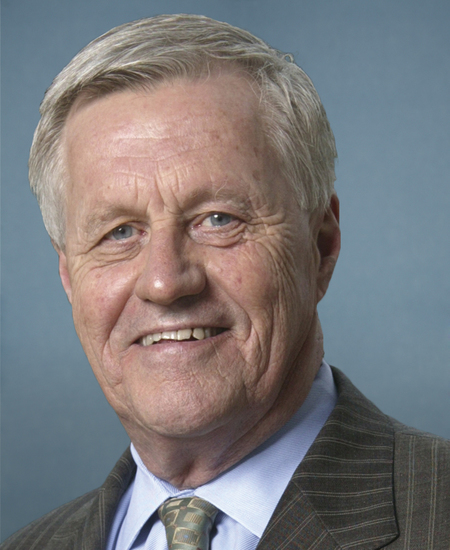 Collin Clark Peterson is a Representative from Minnesota. He was born in Fargo, N.D. on June 29, 1944.

He received his B.A. from Moorhead State University in 1966. He served in the United States Army National Guard from 1963-1969.

He became a member of the Minnesota state senate from 1977-1986, before becoming an unsuccessful candidate for election to the Ninety-ninth Congress in 1984 and to the One Hundredth Congress in 1986 and 1988.

He was elected as a Democrat to the One Hundred Second and to the thirteen succeeding Congresses (January 3, 1991-present).

He was chair of the Committee on Agriculture for the One Hundred Tenth and One Hundred Eleventh Congresses.

Let your Member know how you feel about his votes. Here are the best ways to contact Representative Peterson’s Congressional office: