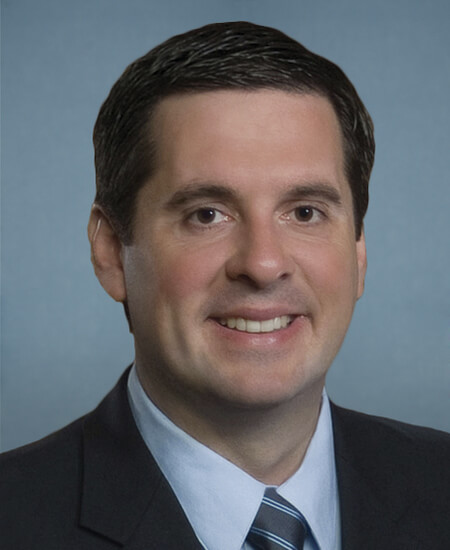 He has been a farmer and businessman and was appointed director of the United States Department of Agriculture Rural Development in 2001. He was elected to the 108th and to the six succeeding Congresses until his resignation (January 3, 2003-January 1, 2022). He served as chair for the Permanent Select Committee on Intelligence (114th Congress).

Let your Member know how you feel about his votes. Here are the best ways to contact Representative Nunes’s Congressional office: