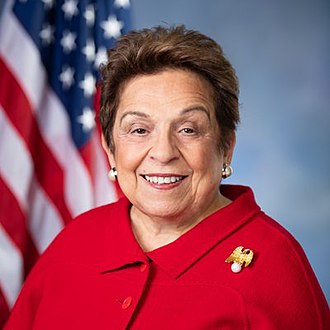 Donna Shalala was a Representative from Florida. Born in Cleveland, OH, she earned her A.B. from Western College for Women in 1962 and her Ph.D. from Syracuse University in 1970. She served in the United States Peace Corps from 1962-1964; and was director of the Municipal Assistance Corps, New York City, from 1975-1977. She served as assistant secretary of the Department of Housing and Urban Development from 1977-1980, and as president of Hunter College of the City University of New York from 1980-1988. She was chancellor at University of Wisconsin-Madison from 1988-1993 before serving as Secretary of Health and Human Services in the Clinton Administration from 1993-2001. She was president of the University of Miami from 2001-2015 and worked as a nonprofit executive before being elected to the 116th Congress (January 3, 2019-present).

Let your Member know how you feel about her votes. Here are the best ways to contact Representative Shalala’s Congressional office: