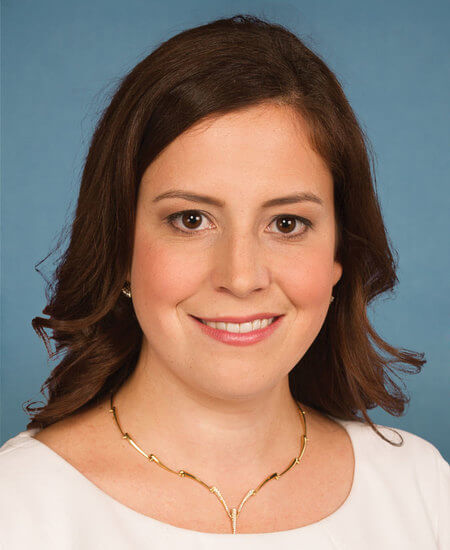 Elise M Stefanik is a Representative from New York. Born in Albany, New York in 1984, she earned her A.B. from Harvard University in 2006. She was staff for President George W. Bush's administration from 2006-2009, was a campaign aide and businesswoman. She was elected as a Republican to the 114th and succeeding Congress (January 3, 2015-present).

Let your Member know how you feel about her votes. Here are the best ways to contact Representative Stefanik’s Congressional office: