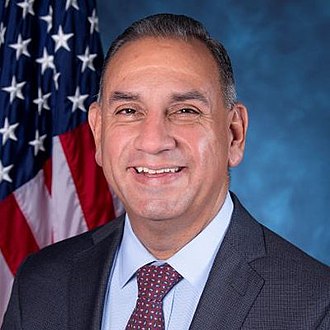 Gil Cisneros is a Representative from California. He earned his B.A. from George Washington University, his M.B.A. from Regis University, and his M.A. from Brown University in 2015. He served in the United States Navy from 1994-2004 and was a corporate manager and non-profit executive. He was elected to the 116th Congress (January 3, 2019-present).

Let your Member know how you feel about his votes. Here are the best ways to contact Representative Cisneros’s Congressional office: