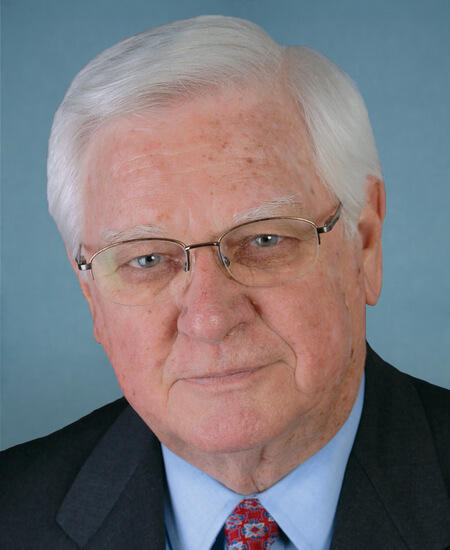 Harold Dallas (Hal) Rogers is a Representative from Kentucky. He was born in Barrier, Kentucky on December 31, 1937.

He was a staff sergeant for Kentucky and North Carolina Army National Guard from 1956-1963. He has worked as a lawyer, specifically as the commonwealth attorney of Pulaski and Rockcastle Counties from 1969-1980.

He was elected as a Republican to the Ninety-seventh and to the seventeen succeeding Congresses (January 3, 1981-present). He is the chair of the Committee on Appropriations.