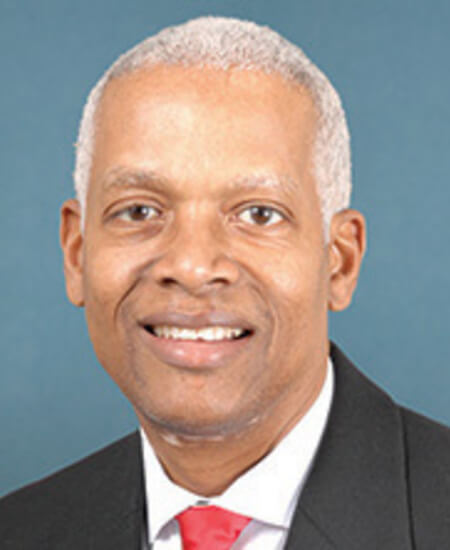 Hank Johnson is a Representative from Georgia, and he was born in Washington, D.C. on October 2, 1954.

He received a B.A. from Clark College and his J.D. from Thurgood Marshall School of Law at Texas Southern University in 1976

In 1979 he went into private practice as a lawyer, then was elected to DeKalb County's board of commissioners,

From 2001-2006 he was associate judge, in DeKalb County's magistrate court.

He was one of the managers appointed by the House of Representatives in 2009 to conduct the impeachment proceedings of Samuel B. Kent, judge of the United States District Court for the Southern District of Texas, and was elected as a Democrat to the One Hundred Tenth and to the five succeeding Congresses (January 3, 2007-present).