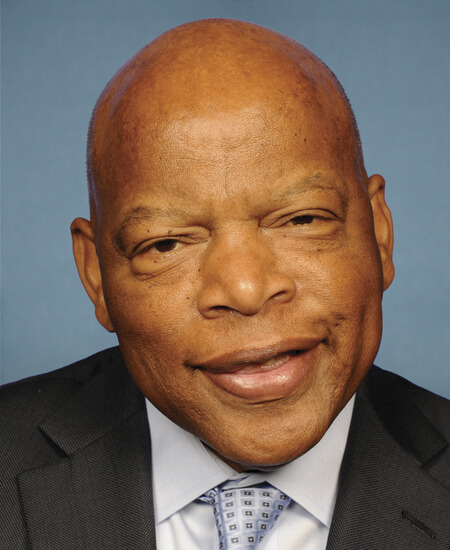 John R. Lewis was a Representative from Georgia, and was born in Troy, Alabama.

He attended the American Baptist Theological Seminary in Nashville, Tennessee in 1961 and received a B.A. from Fisk University, in 1967

He was community affairs director at National Consumer Co-op Bank in Atlanta from 1980-1986, and was a member of the Atlanta city council from 1982-1986.

He was elected as a Democrat to the One Hundredth and to the fifteen succeeding Congresses until his death (January 3, 1987-July 17, 2020).

Let your Member know how you feel about his votes. Here are the best ways to contact Representative Lewis’s Congressional office: