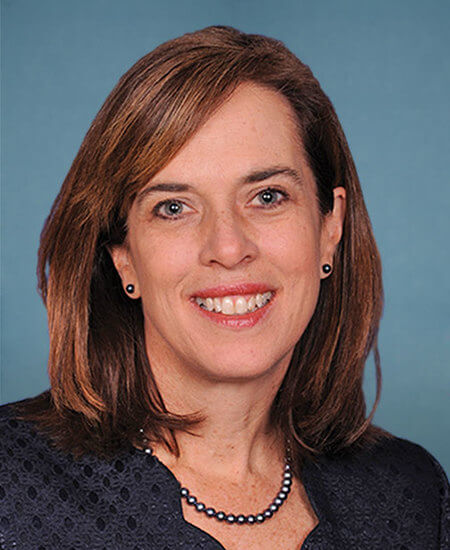 Katherine M. Clark is a Representative from Massachusetts. She was born in New Haven, Connecticut on July 17, 1963.

She worked as a lawyer for the Colorado district attorneys council, and general counsel for Massachusetts state office of child care services. She was prosecutor for the Office of the Attorney General in the State of

She was elected as a Democrat to the One Hundred Thirteenth Congress, by special election, to fill the vacancy caused by the resignation of United States Representative Edward J. Markey, and to the two succeeding Congresses (December 10, 2013-present).

Let your Member know how you feel about her votes. Here are the best ways to contact Representative Clark’s Congressional office: