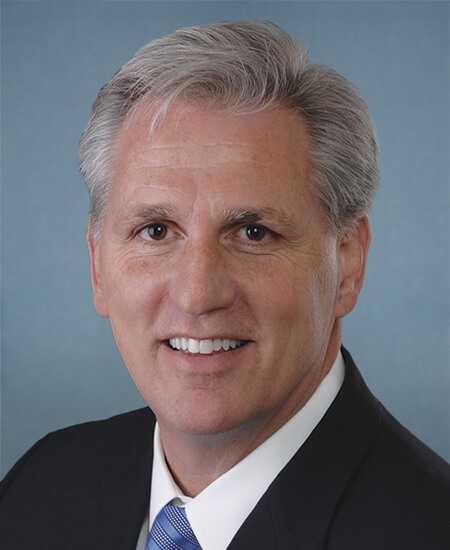 He worked on staff for United States Representative William Thomas of California from 1987-2002 and was a member of the California state assembly from 2002-2007, serving as minority leader from 2004-2006.

He was elected to the 110th and to the four succeeding Congresses (January 3, 2007-present). He served as majority whip (112th and 113th Congresses) and majority leader (113th and 114th Congresses). In the 116th Congress, he serves as minority leader and has helped whip support for the 2019 budget deal. You can learn more about his spending at SpendingTracker.org

Let your Member know how you feel about his votes. Here are the best ways to contact Representative McCarthy’s Congressional office: