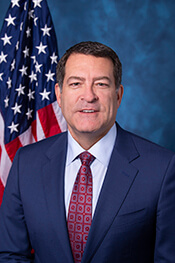 Mark Green is a Representative from Tennessee. He was born in Jacksonville, FL on November 8, 1964 and graduated from Monticello High School in 1982. In 1986, he graduated with his B.S. from the U.S. Military Academy in West Point before earning his M.D. from Wright State University in Dayton, OH in 1999. A medical doctor and business executive, he served in the U.S. Army from 1987-2006 before being elected as a member of the Tennessee state senate from 2013-2019. He was elected as a Republican to the 116th Congress (January 3, 2019-present).

Let your Member know how you feel about his votes. Here are the best ways to contact Representative Green’s Congressional office: