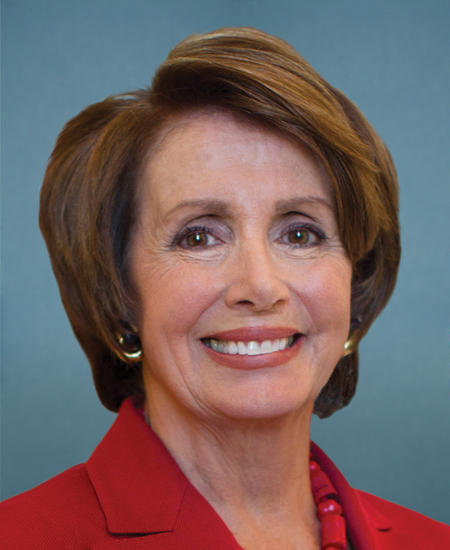 Nancy Pelosi is a Representative from California. Born Nancy D'Alesandro in Baltimore, MD, in 1940, she earned her A.B. from Trinity College in 1962. She served as chair of the California State Democratic Party from 1981-1983 and as finance chairman for the Democratic Senatorial Campaign Committee from 1985-1986.

Let your Member know how you feel about her votes. Here are the best ways to contact Representative Pelosi’s Congressional office: