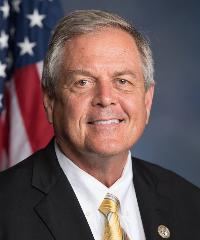 Ralph Norman is a Representative from South Carolina. Born in Rock Hill, S.C. in 1953, he earned his B.S. from Presbyterian College in 1975. He worked as a real estate developer and was a member of the South Carolina state house of representatives from 2005-2006 and 2009-2017. He was elected as a Republican to the 115th Congress, by special election, to fill the vacancy caused by the resignation of United States Representative Mick Mulvaney (June 20, 2017-present).

Let your Member know how you feel about his votes. Here are the best ways to contact Representative Norman’s Congressional office: